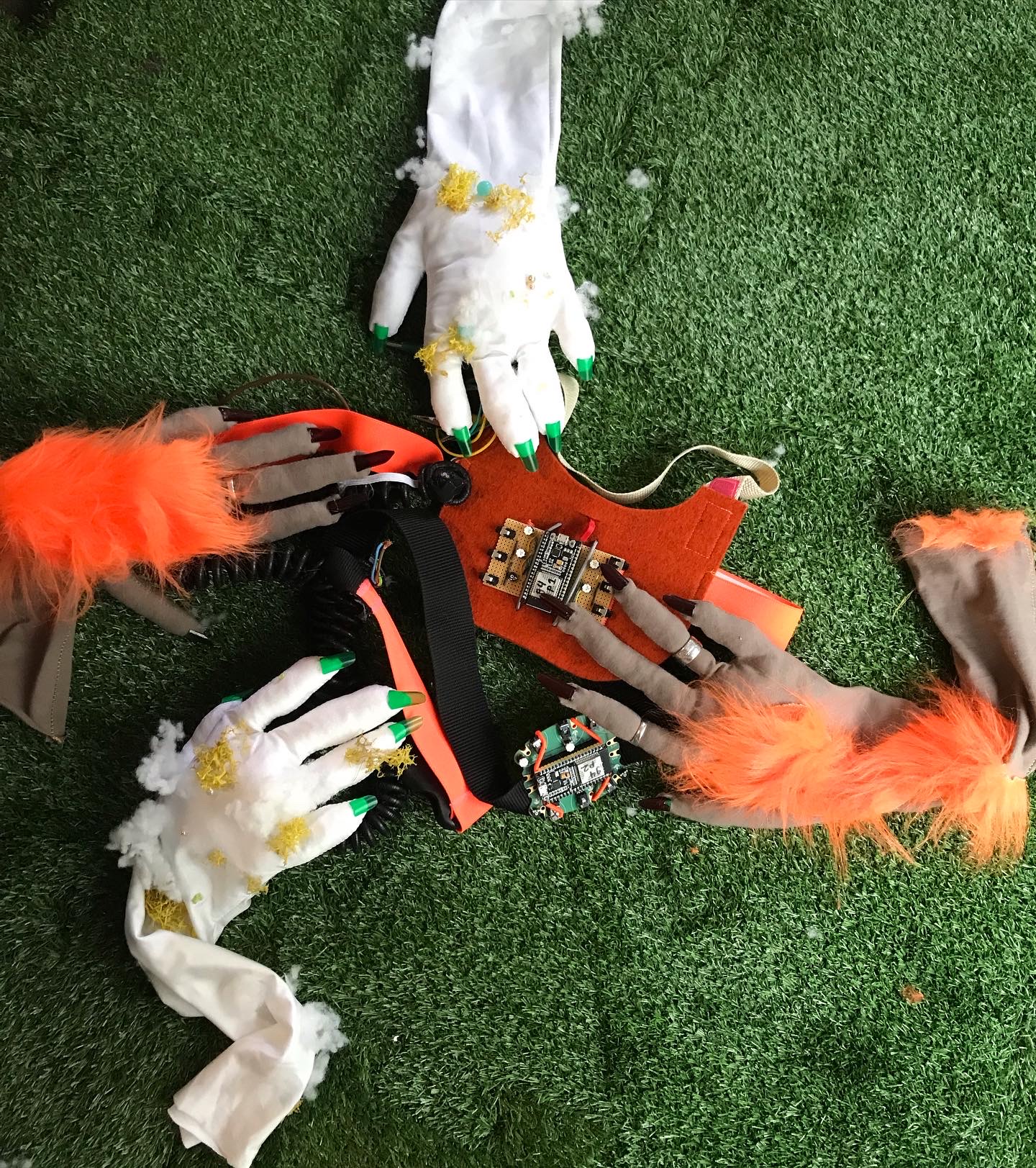 On the 20th of October 2021 we had our first meeting with the students of the Hochschule für Schauspielkunst Ernst Busch, the workshop was divided into 5 meetings. In the first phase of the course we started playing around with different textile sensors, imagining their possible functions in relation to body, movement, communication and sound. One part that particularly helped the creative process was definitely wearing different costumes: wigs, grandmother's nightgowns, military costumes,... in fact the act of „dressing up“ is not just a game. Being part of something helps the spirit and the mind and does not allow one to feel judged or 'wrong'. Wearing these costumes we started to think about what kind of sound the different characters we played made and in the end we decided to play with simple elements: the feet. To be precise, feet that become hands. To be more precise, feet that become hands and have a personality of their own, little inseparable creatures that explore the environment around them with a little shyness and at the same time a lot of curiosity. Once we thought about how to represent these creatures, we created socks with elongated fingers that resemble the fingers of a hand. For the sensors, we created and used textile bend, stretch and light sensors. We placed the sensors on clothing such as leggings and belts so that they could be independent of the main costume (i.e. wearable with other clothing). To translate our movements into sound we used these sensors and the data created by them was sent from the router to our computer via WiFi, we then used visual programming software called Pure Data (also known as PD) with this we could synthesize our sounds. When it came time to show off our costume we were happy to see that, first of all, it worked properly and secondly, that it was fun and liberating to experiment with new ways of moving and feeling our bodies. 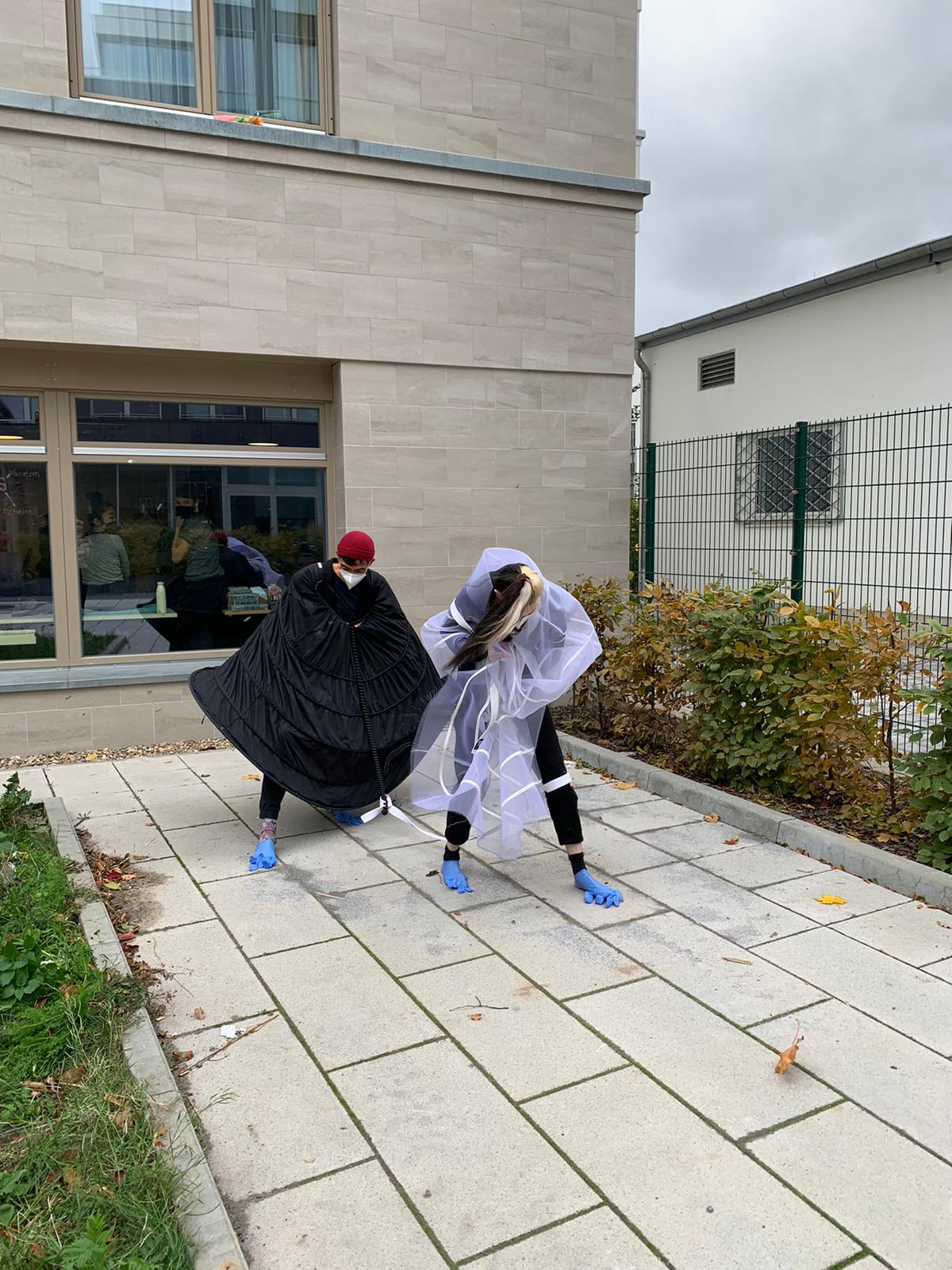 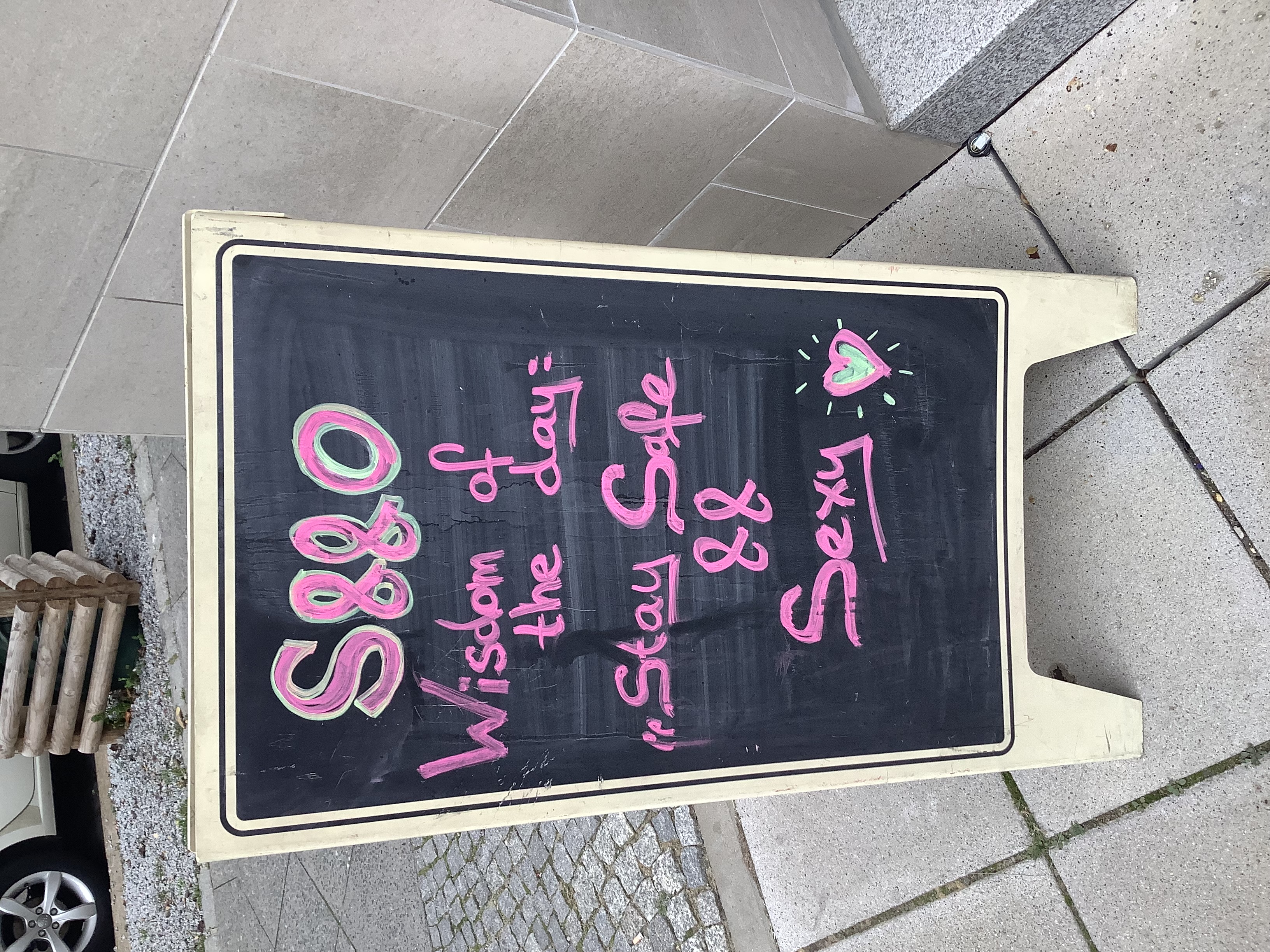