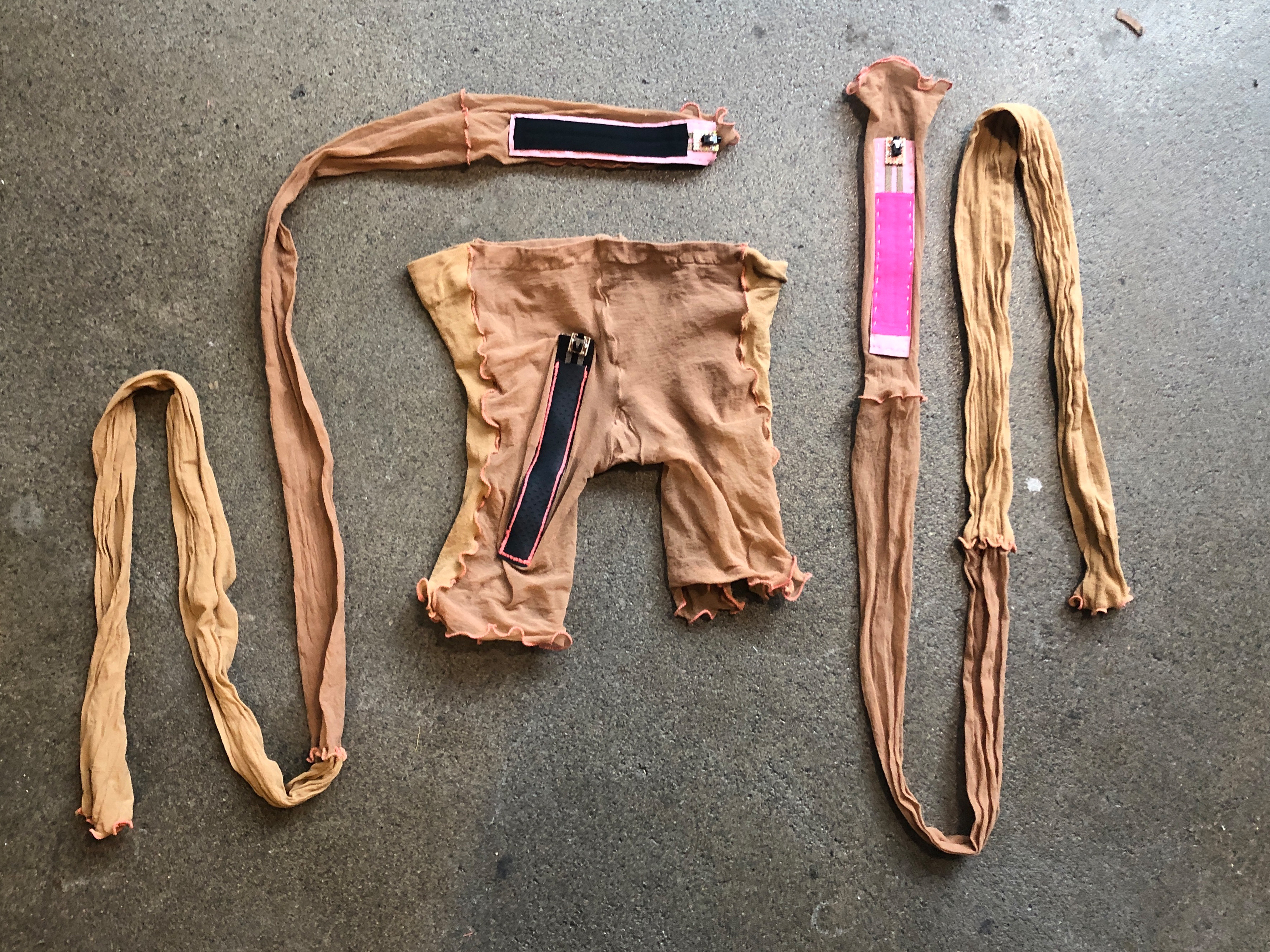 In this two week workshop together with the MA program S&&O at HfS Ernst Busch we explored ways to combine our body movements with different sounds. We constructed two “costumes” including various textile sensors with the main question being: “What kinds of communication or language will develop between the two wearers?”

When wearing the sensors, they capture the body movement, send the data wirelessly to Pure Data on a computer, which then triggers a sound. (in more detail here: https://www.kobakant.at/DIY/?p=9133)

After playing around with different clothing items and costumes we decided what type of movements we found interesting and wanted to investigate further. Based on those results our main themes were the exaggeration of some body parts by elongating them as well as the restriction of movement by binding body parts together.

What movements can be explored when one is not able to use their body to its full range? To what limits can those restricted motions be pushed? What sounds work for each sensor?

We focused on wearables that can be worn in different contexts and combined in various ways, that’s why we wanted to keep them rather simple. By using tights we were able to create a second-skin-like top, shorts and long tubes for the arms. The tubes double as restriction and elongation.

Depending on how one wraps the tights and/or if two people are connected by simply knotting two ends together, different interplays between the motions and sounds can be discovered. 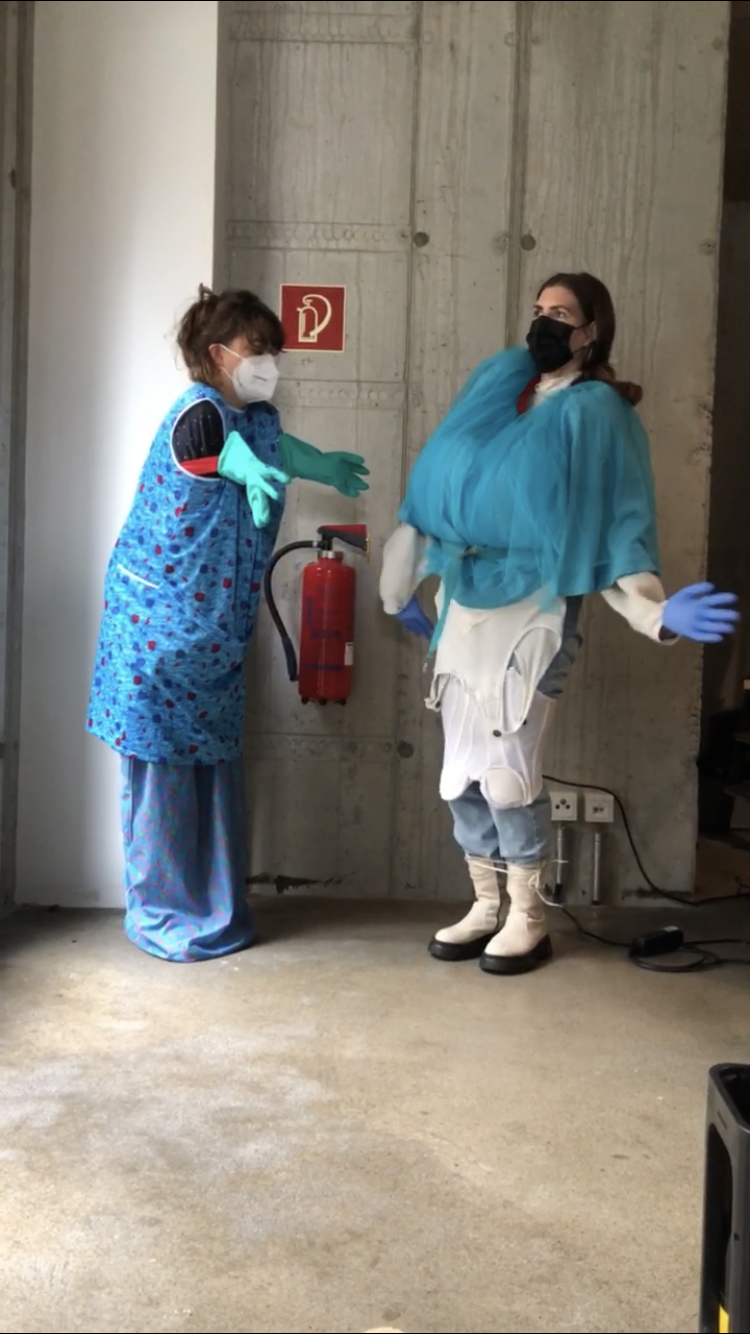